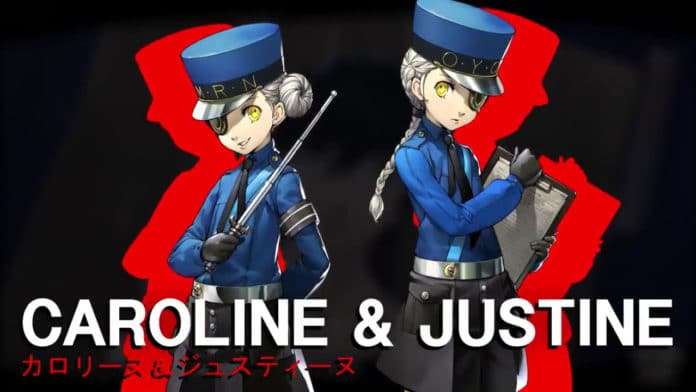 Following the Persona 5 English character trailer for Haru Okumura, a new trailer has been released for the Velvet Room twins Caroline & Justine.

The Velvet Room is place where Personas can be experimented on with reckless abandon, but there’s a catch. (Remember, there’s ALWAYS a catch.) Since the protagonist is a prisoner of his own Velvet Room, he must earn the privilege of being a Persona mad scientist. Although basic fusion and registration are immediately available to the prisoner, features such as advanced/network fusion, training, strengthening, and others are not. That’s where the Twin Wardens Caroline and Justine come in. Not only are they Igor’s assistants, but they also happen to be the “rehabilitation” officers who will be overseeing the protagonist during his stay. By spending time with them (completing prison work), additional fun experimentation options will unlock. Oh, and in case you can’t tell them apart, Caroline is the mean one and Justine is the nice one.