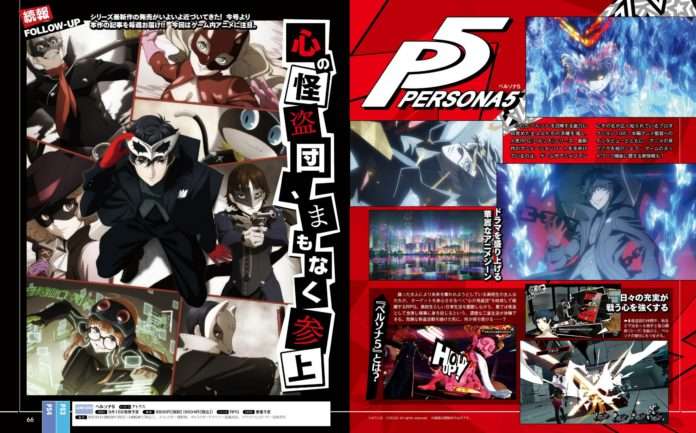 This week’s Weekly Famitsu magazine issue #1448 features Persona 5 information about network functions in Persona 5. It also has an interview with the animation director from Production I.G, the studio responsible for the anime scenes in the game. 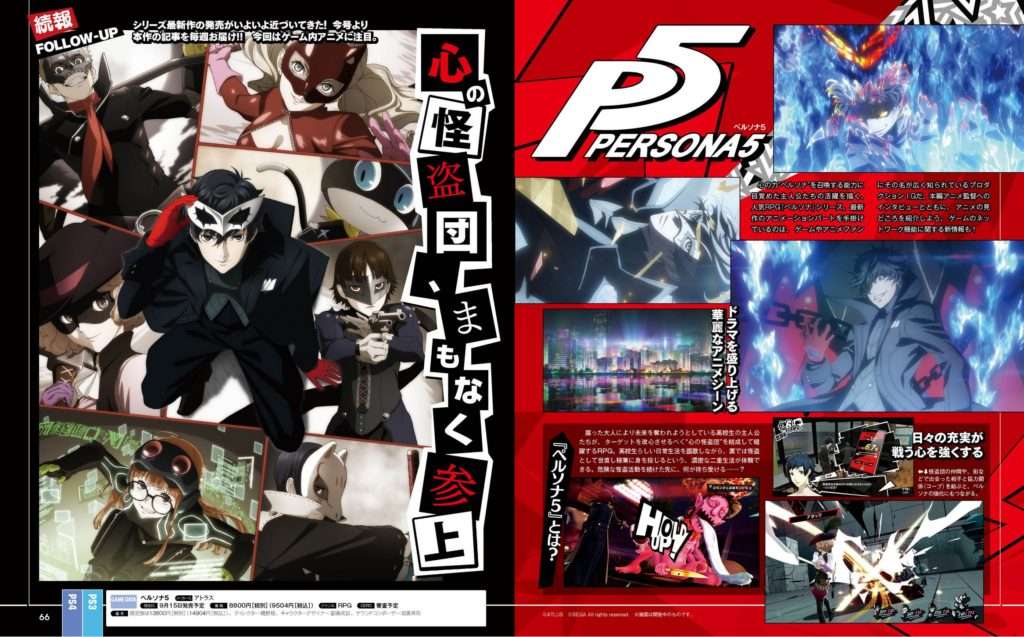 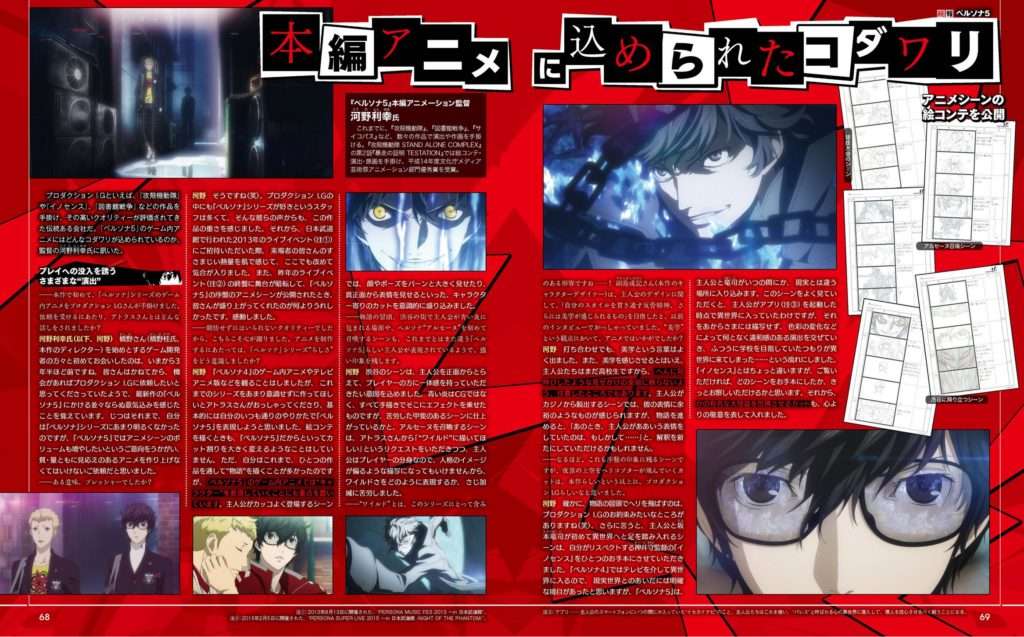 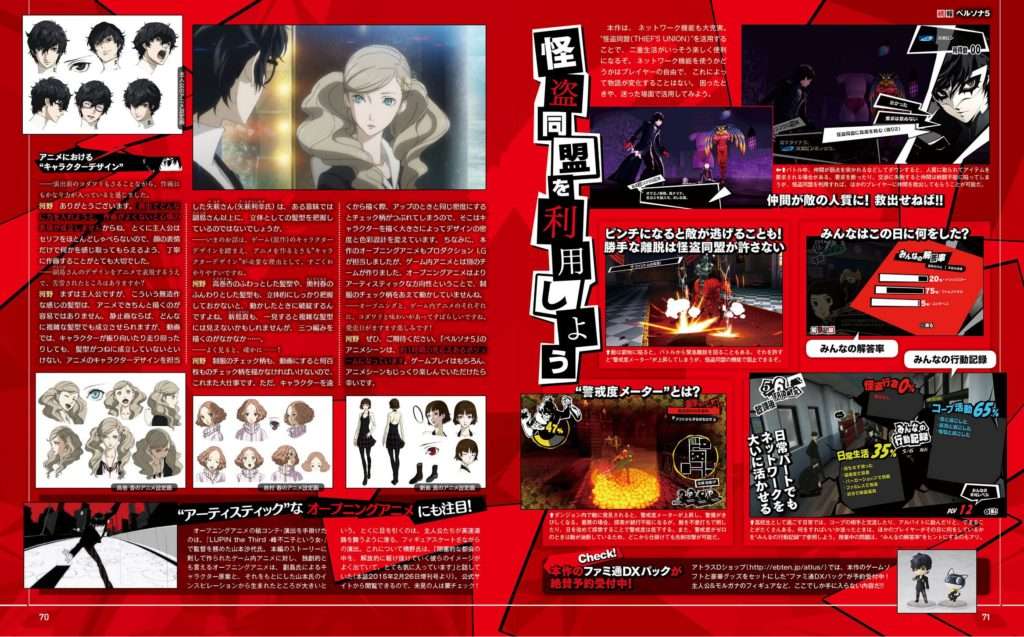 Online functionality will have Persona 5 players interact with others in battle and in daily life, with mechanics such as the “Thief’s Union” described in a previous article.

Next week’s issue of Weekly Famitsu magazine releasing on September 8 will include a special Persona 5 feature.

The previous Famitsu feature for Persona 5 was in issue #1446, released on August 18, 2016. It included details on the Velvet Room and the execution themed persona fusion systems.