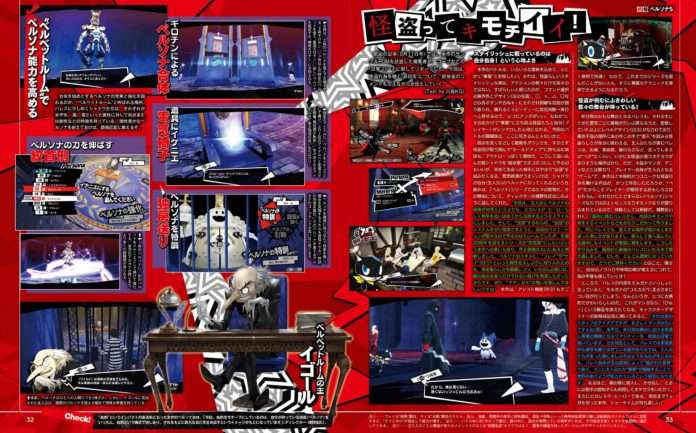 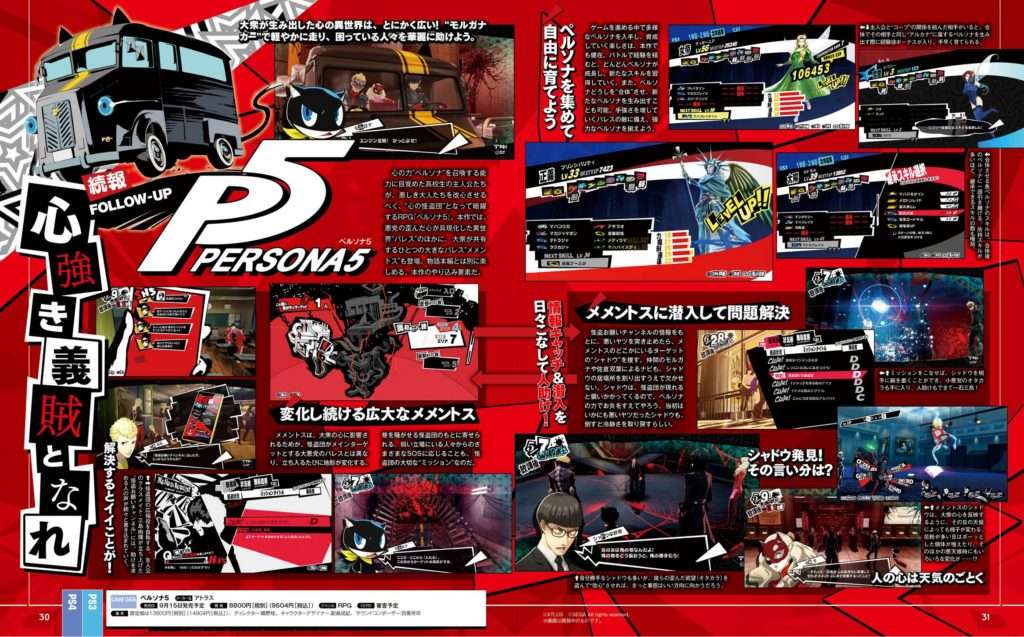 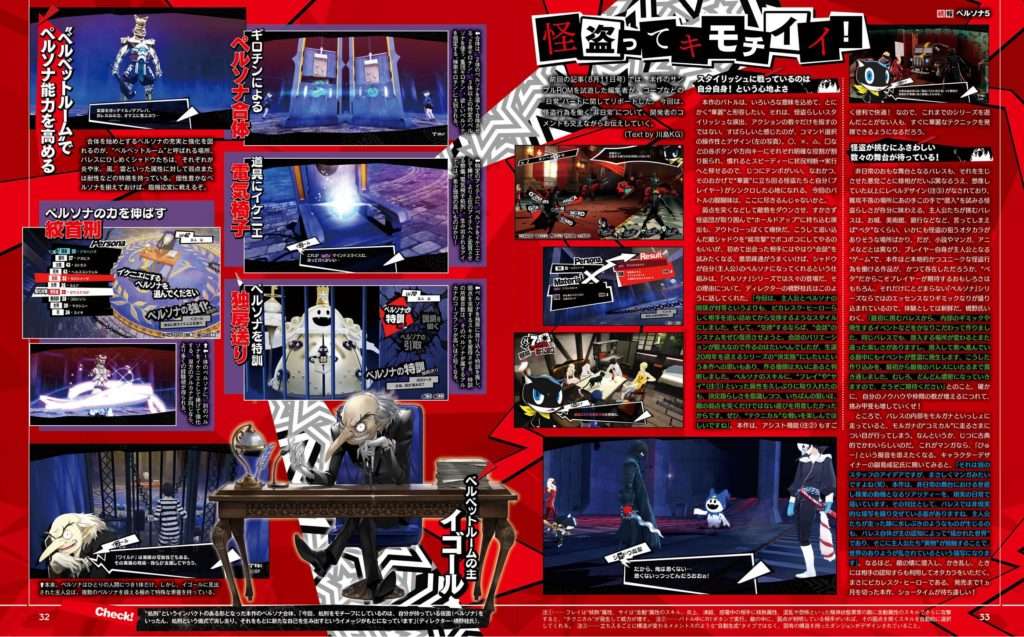 Information from the scans can be found in a previous post, detailing the Mementos dungeons and the execution and prison themed persona fusion performed in the Velvet Room.

See English scanlations of the Famitsu feature via Dominationkid’s Tumblr below (part 1 and part 2):

The previous Famitsu feature for Persona 5 was in issue #1443, released on July 28, 2016. It included details about the protagonist’s school life and the announced cast of characters.