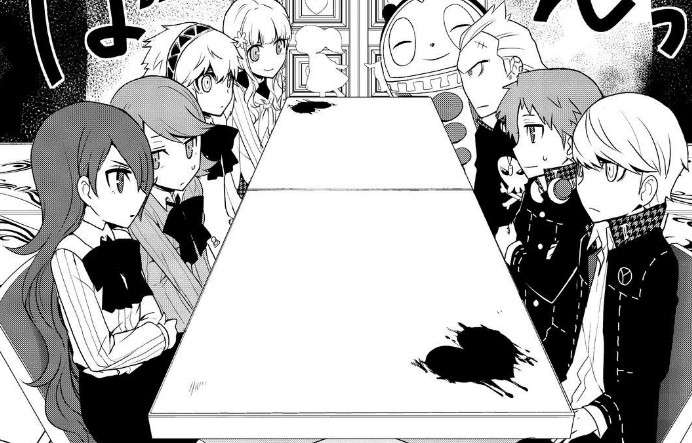 Following the physical release of the manga adaptation that was Persona Q: Shadow of the Labyrinth Side: P4 on September 9, 2015 in Japan, the second volume has been dated for March 9, 2016 via an Amazon Japan listing.

Like the first, the second volume of the Side: P4 version of the ongoing Persona Q comic series will be published by Kodansha in Japan, through the Sirius label.

The manga will be released for 648 yen on March 9, according to the listing.

As announced previously, the first volume of Persona Q: Shadow of the Labyrinth Side: P4 will be released in English on March 22, 2016.

The Side: P4 manga started being serialized in Monthly Shōnen Magazine in January 26, 2015 by author Mizuno Moto. The Side: P4 chapters are currently being simultaneously published in English by Crunchyroll.