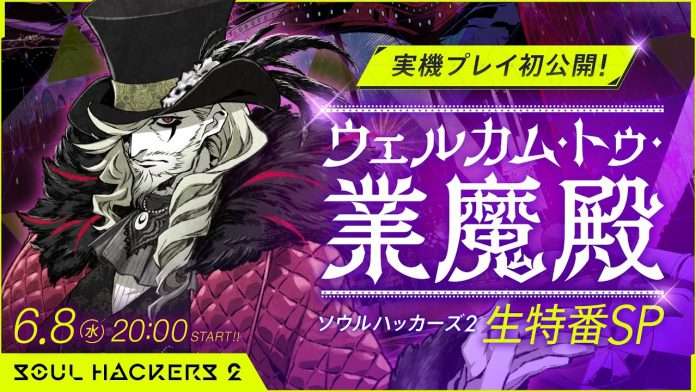 Atlus has announced a special broadcast for Soul Hackers 2 will release on June 8, 2022 at 4 AM PDT / 7 AM EDT / Other Time Zones.

Presented by Victor, owner of the Gouma-den, the broadcast will cover various topics, including an overview of released information and will feature live gameplay.