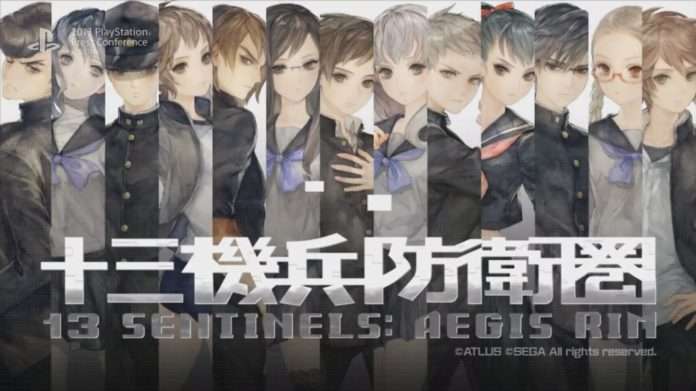 A new trailer was shown for the upcoming Atlus X Vanillaware project 13 Sentinels: Aegis Rim at the 2017 PlayStation Press Conference in Japan, announcing a 2018 release date for the game in Japan, for the PlayStation 4 and PlayStation Vita.

The YouTube description lists the genre for the game as “dramatic adventure.” The official website is also listed in the description, and has now been officially launched.

It was previously rumored that the game would appear at Tokyo Game Show 2017 because of an official domain update.