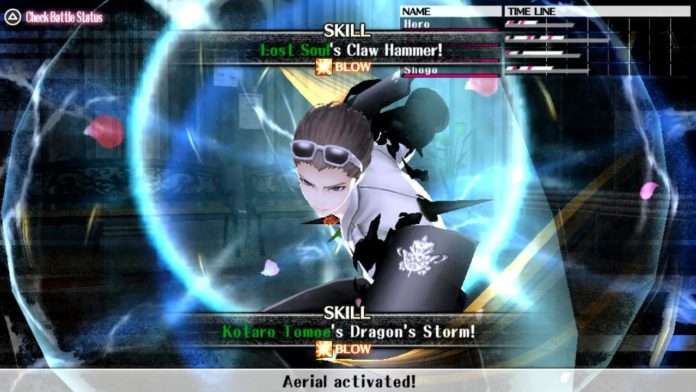 Update (2017-08-05): Atlus has announced that the release of The Caligula Effect has been delayed further in Europe after this story was originally published, to an as-of-yet unannounced date.

In regards to the European release of The Caligula Effect, please see the note below pic.twitter.com/tm5eba3ILw

The upcoming FuRyu developed PS Vita RPG The Caligula Effect was previously announced for a simultaneous digital release in North America and Europe on May 2nd, however Atlus USA has announced that the game has been delayed in Europe until May 9th.

It’s almost time to break out of digital prison, but those of you in the EU will have to wait a little longer because The Caligula Effect will now release in Europe on May 9. The game will still be available in the Americas on May 2.

So how does a group of freedom seeking high-schoolers escape from the virtual reality construct/prison known as Mobius? Well, they need to fight their way out of, course! You’ll need to utilize the Imaginary Chain battle system to unleash carefully coordinated attacks that yield maximum damage. Basically, planning is key.

When battles start, the party’s attack order is based on the order you selected. You’ll then get to go down the line and select each character’s action. Pretty standard so far, right? The neat thing about the Imaginary Chain system is that you can preview a selected move for each character and see the end result, how the enemies will react to it, as well as the actions of your other party members. Oh, and you can even adjust the timing of each move! Want to knock enemies airborne and juggle them with a brutal attack chain where everyone in the party contributes? You totally can! There are plenty of different ways to coordinate team attacks and you’ll even be awarded a letter grade after each sequence. Oh, and there are 500+ NPCs with various skills that can be added to the party, so don’t be afraid to experiment with different builds to use in battle!