Final Fantasy XV, Square Enix’s upcoming console RPG, was set for a September 30, 2016 release date before it was recently delayed to November 29, 2016. Previously, the game would have been released during the same month as Persona 5 in Japan, which is set for a September 15th launch.

Seemingly as a result of FFXV‘s delay, Persona 5 has experienced a significant boost in terms of pre-orders fulfilled on Amazon Japan, making it the second most popular product in the video game “Best Sellers” rankings. 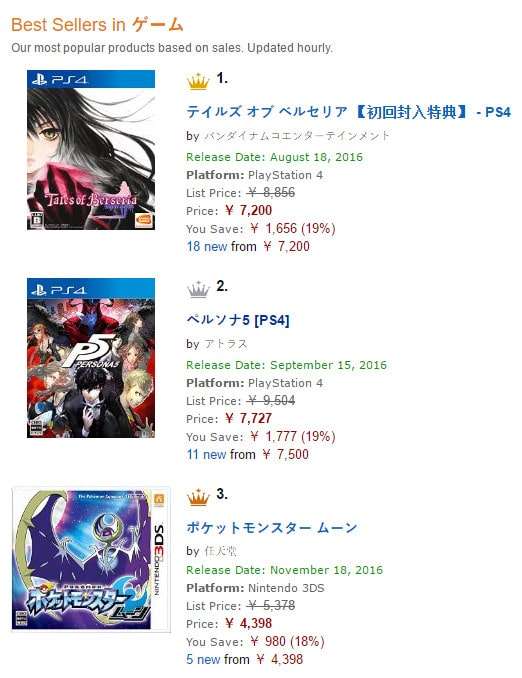 Until yesterday in Japan—before the Final Fantasy XV news hit—Persona 5 was only ranked between 12th and 15th place. 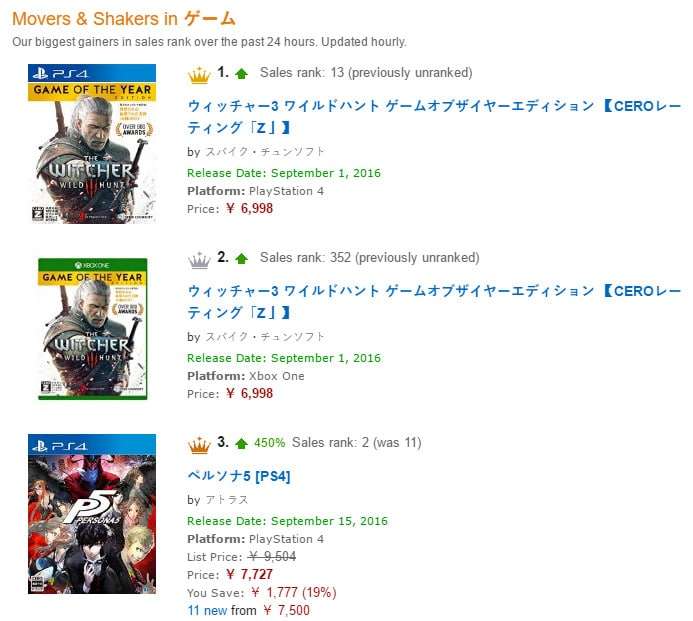 Previously in December 2015, Square Enix had sent out a survey asking fans whether they would prefer to buy Persona 5 or Final Fantasy XV if both games were to have a similar release date.