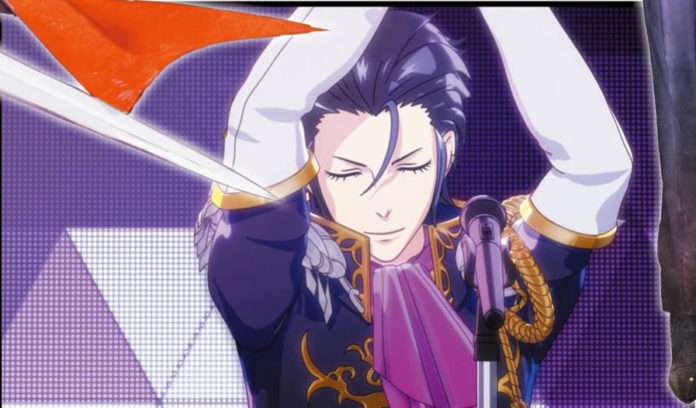 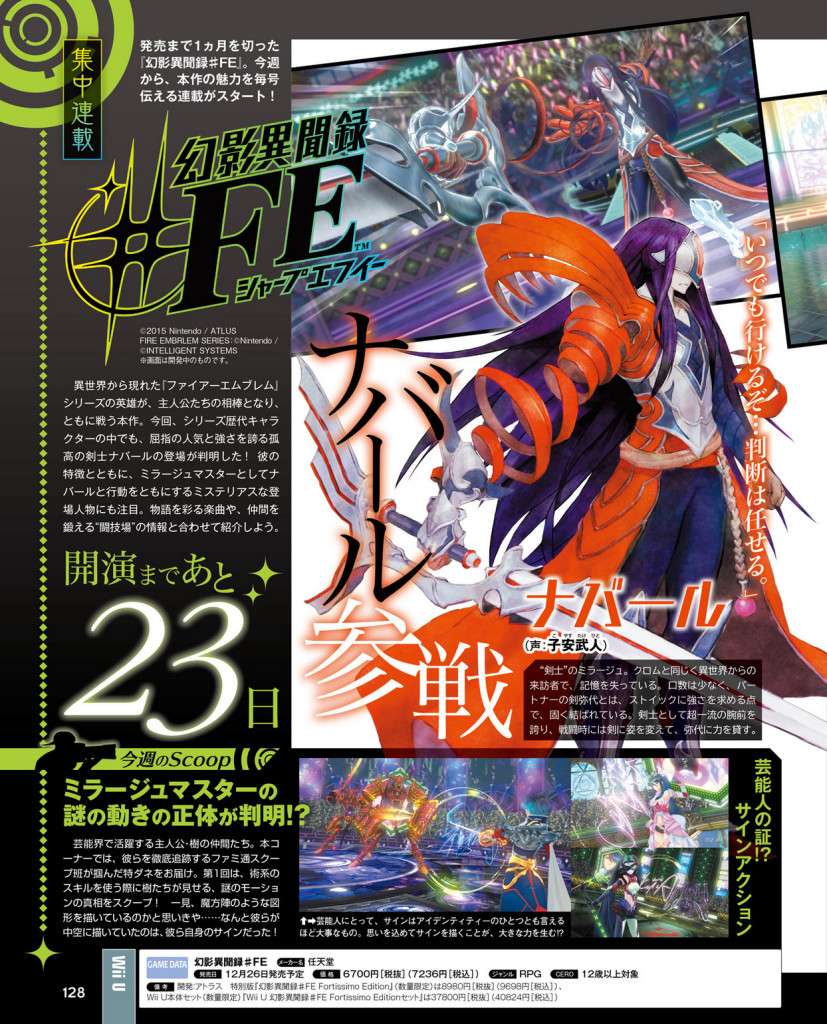 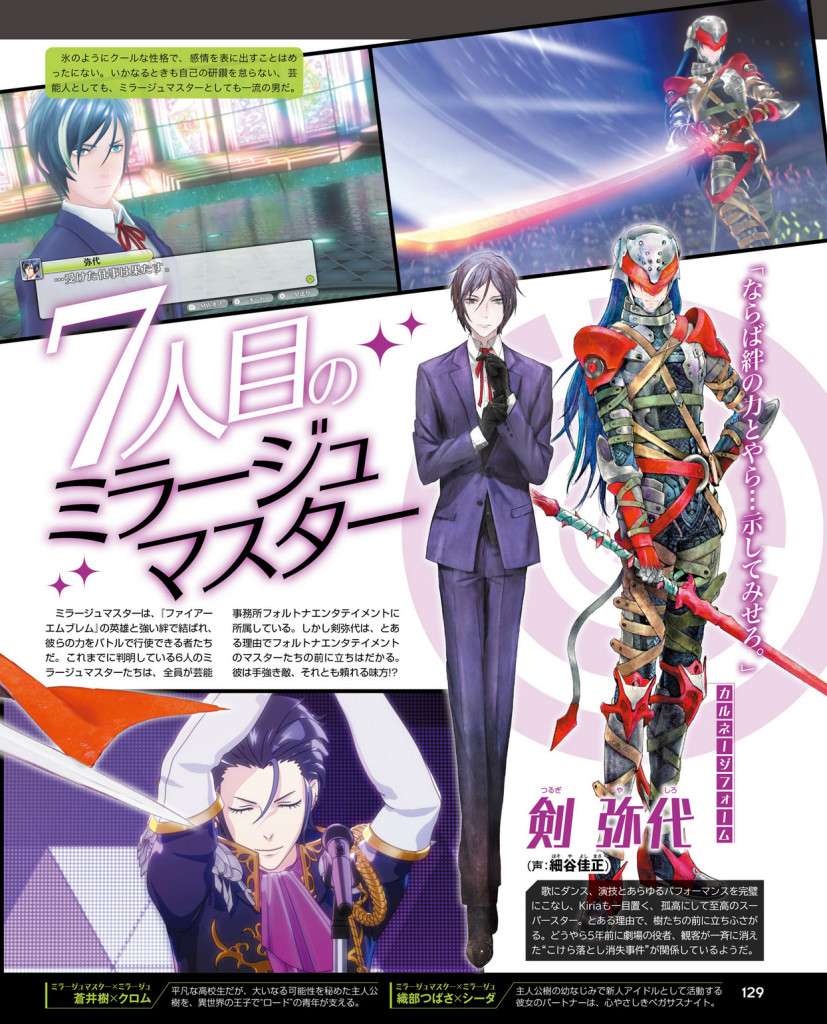 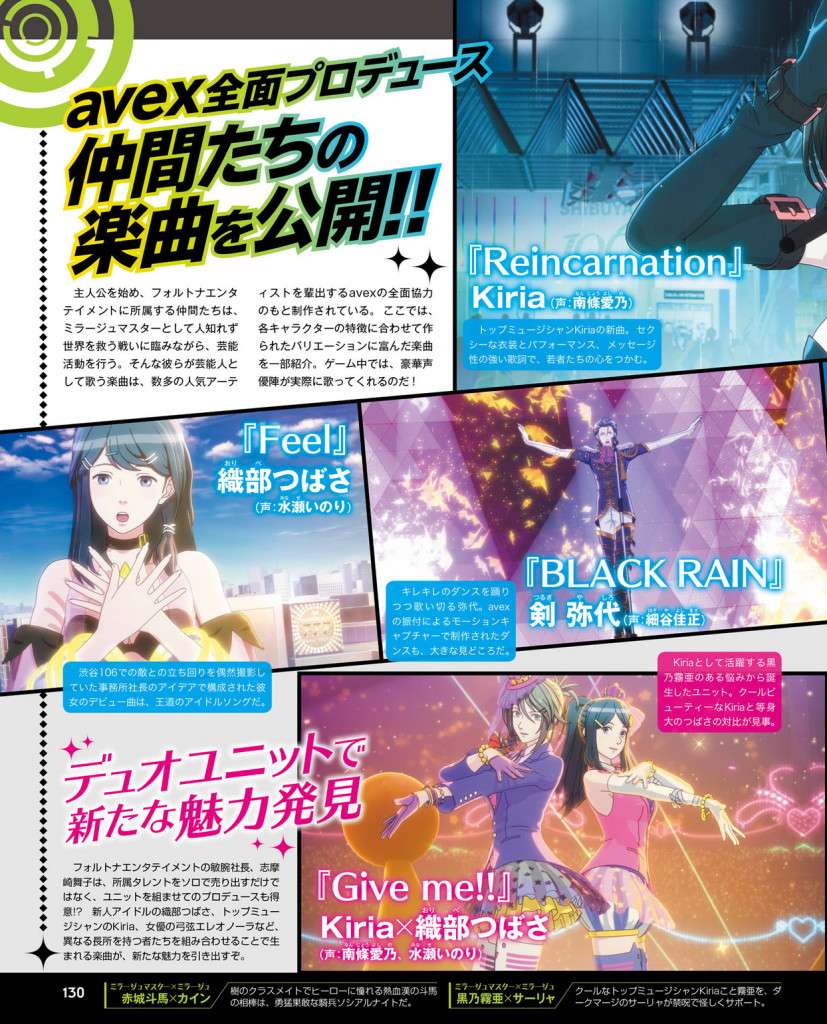 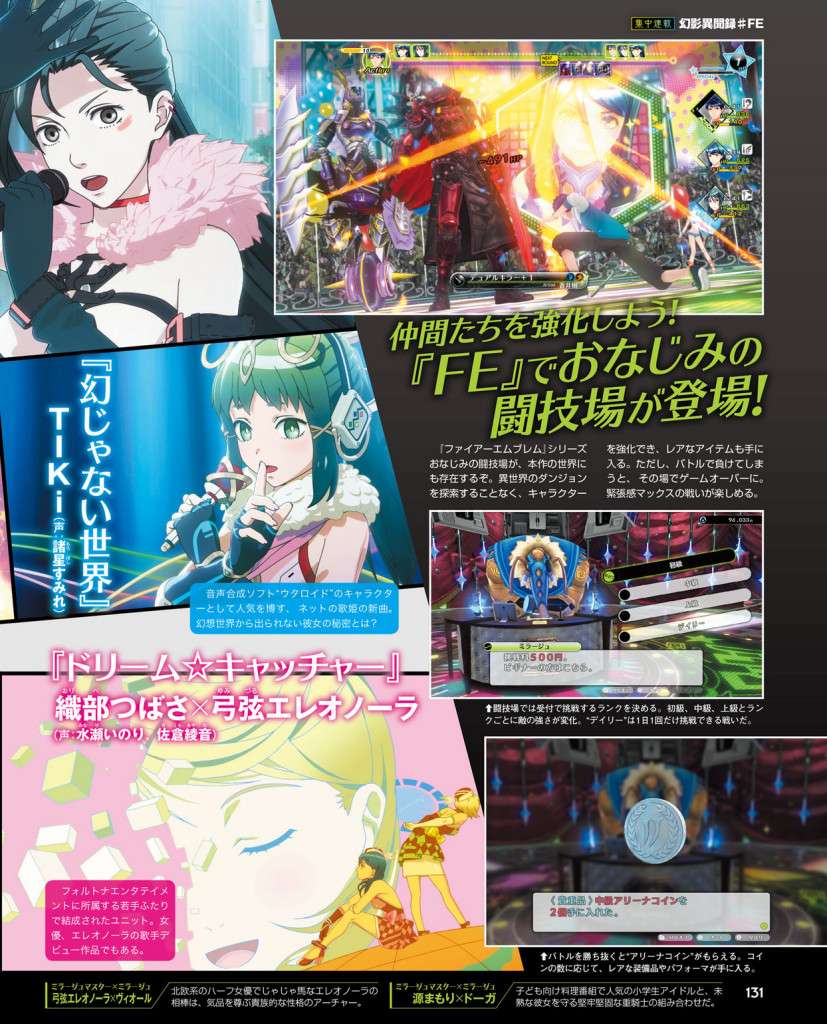 The scans feature the new seventh Mirage Master and idol Yashiro Tsurugi (voiced by Yoshimasa Hosoya), along with his Mirage Nabarl (voiced by Takehito Koyasu).