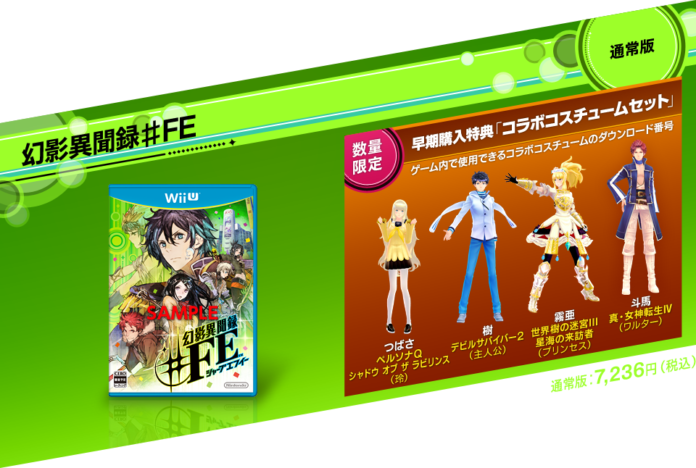 Along with a new blog post from the game’s director Shinjiro Takada, Nintendo has confirmed that the Japanese release date of the Wii U exclusive Genei Ibun Roku #FE will be on December 26, 2015. 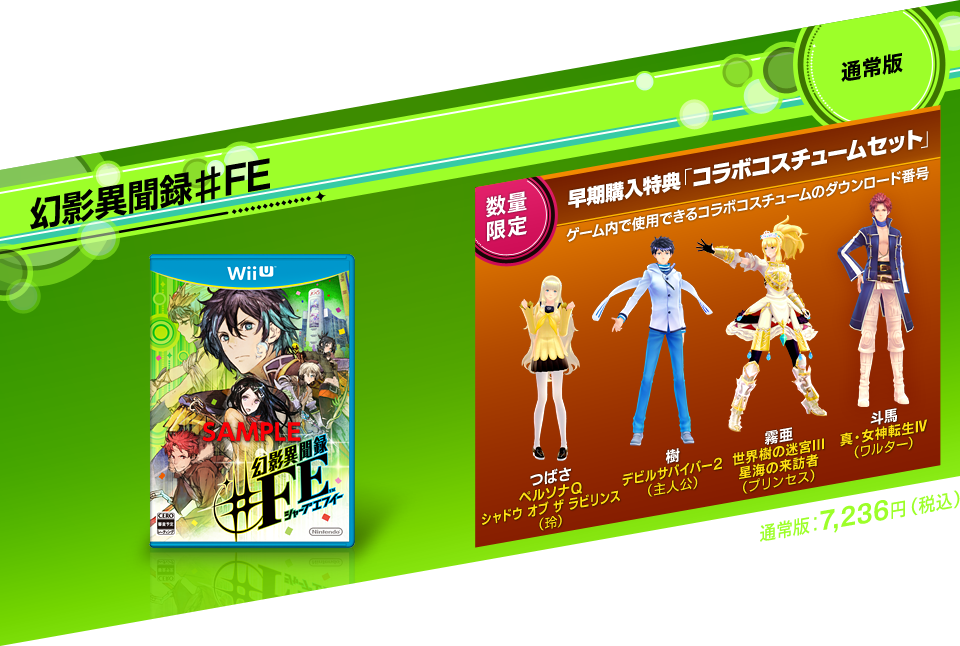 Just in time for the New Year holidays, Genei Ibun Roku #FE will be releasing in Japan on December 26th for 6,700 yen. Additionally, Atlus specific DLC costumes for the characters in the game have been revealed as first-print copy bonuses, following Fumitaka Yano’s recent hint:

The upcoming turn-based RPG will have two retail editions: the normal edition, and the Genei Ibun Roku #FE Fortissimo Edition. 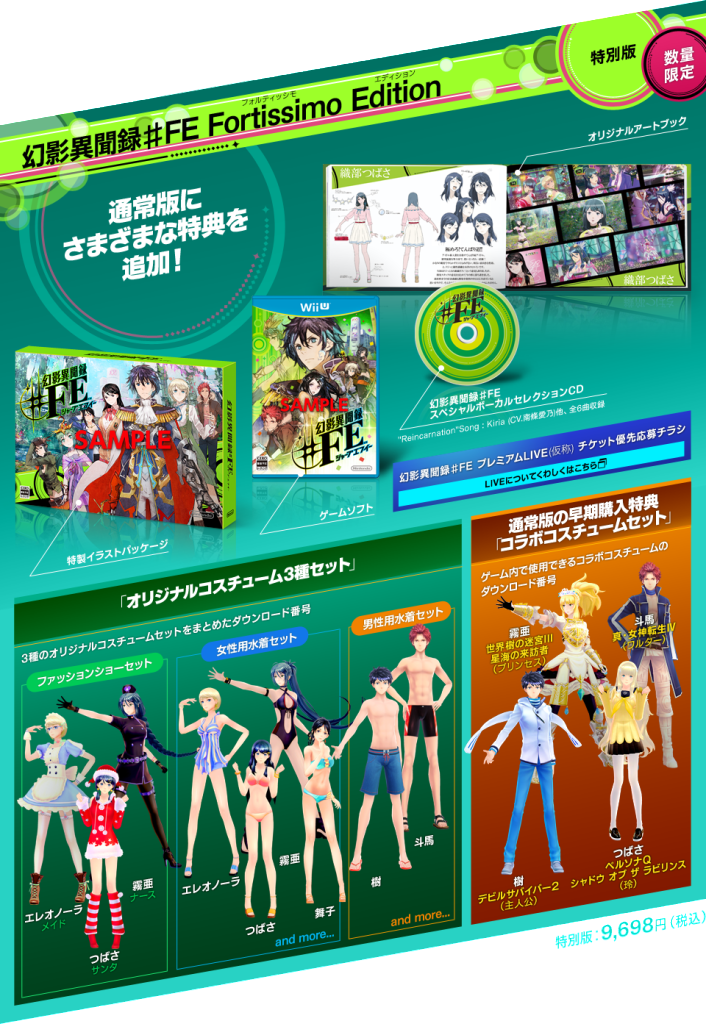 Additionally, there will also be a special Wii U bundle version of the “Fortissimo Edition” for the game costing 40,824 yen (including tax), which will come with a 32 GB black Wii U console, six character specific lyric cards for their songs (album-sized), two exclusive sticker sheets and a “3 Support Quest” set DLC card. 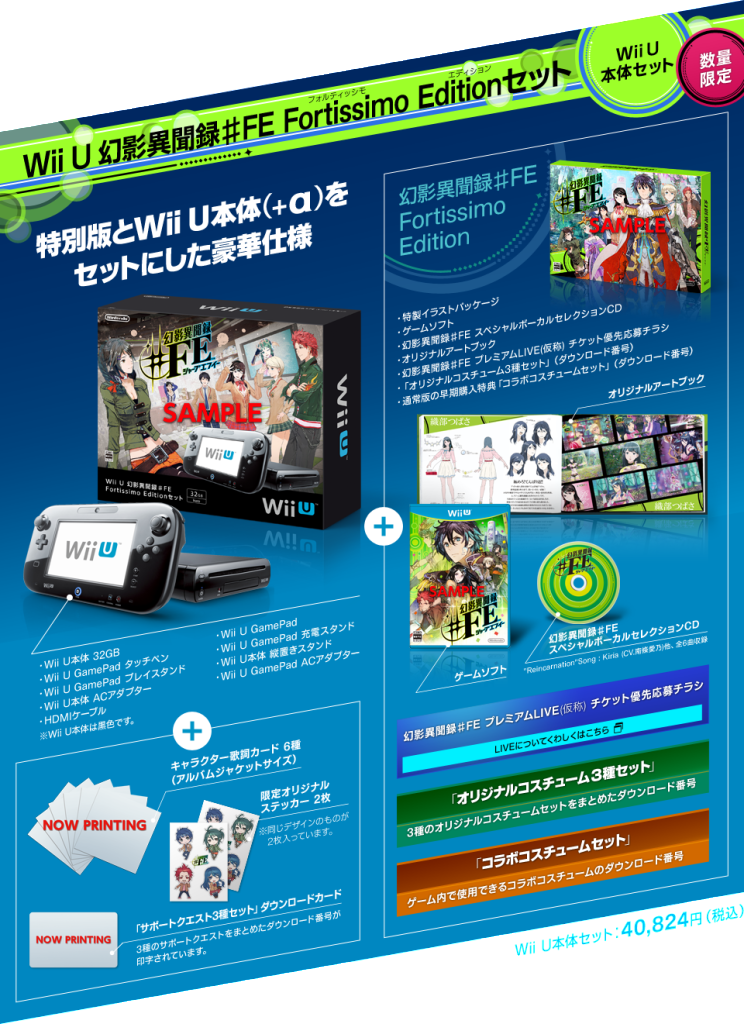 New information about the game, including a new character, will be featured in Japanese magazines in October. Character specific introduction videos are planned for release in the future, as well.

4Gamer has posted pictures of what is included in the different editions: