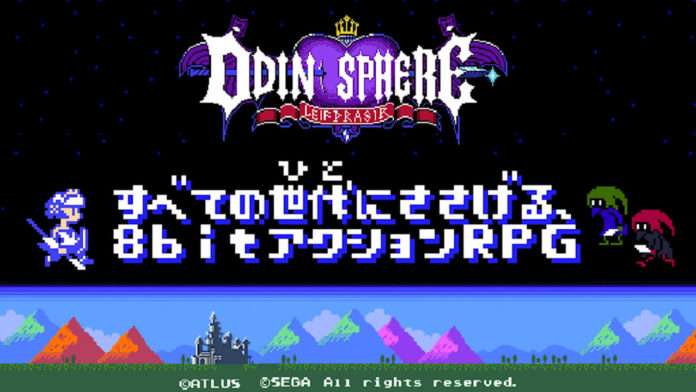 Following the confirmation of the 8-bit browser game for Odin Sphere Leifthrasir on November 19, 2015, Atlus has now released the playable game which can be found here.

The first footage for the game was shown on the launch live stream. The browser game has players assume the role of Gwendolyn as they try to battle and survive against enemies by jumping and attacking in a simplified interpretation of Odin Sphere Leifthrasir.

The teaser trailer for the game was originally shown on November 14, 2015, as part of a Twitter campaign.