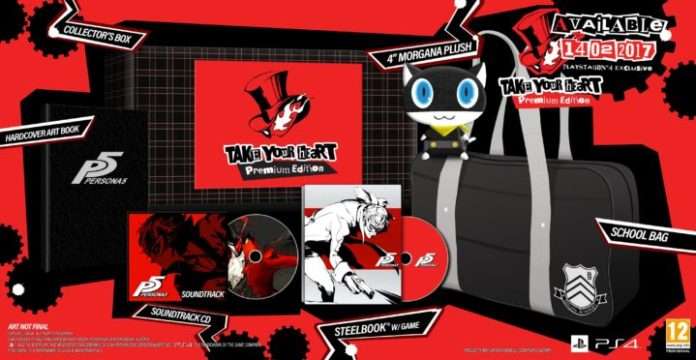 Deep Silver have announced that they will be releasing Persona 5 on the 14th February, 2017 in Europe for Playstation 3 and Playstation 4. This is the same day as the North American release.

Deep Silver have also confirmed that they will be releasing the same “Take Your Heart” limited edition as North America, which will retail at 89.99 euros, and contain a steel book, soundtrack CD, Morgana plush, 64 page hardcover art book, steelbook, school bag and collectable outer box.

The Persona 5 day 1 edition steelbook will also be available, and will retail for 69.99 euros. As in North America, the limited editions will only be available for the PS4 release of the game. 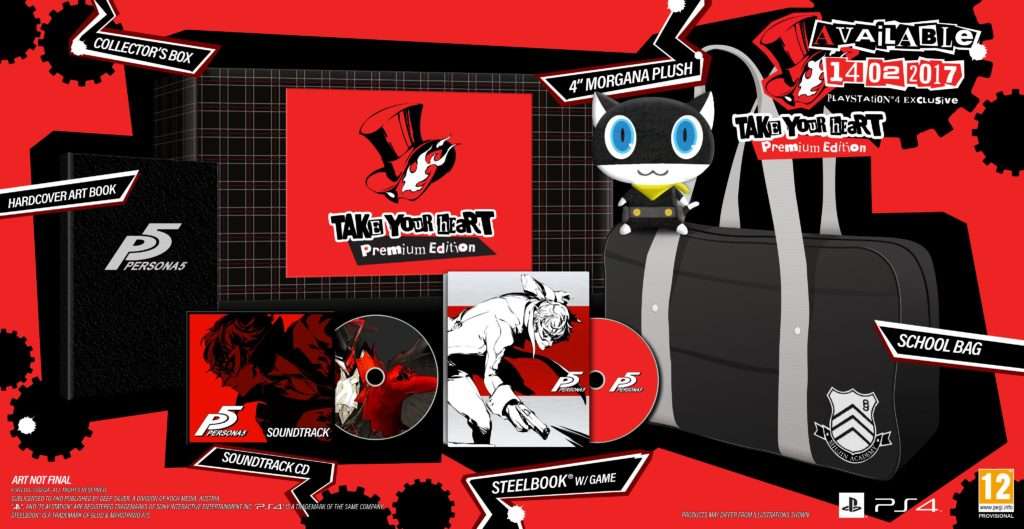 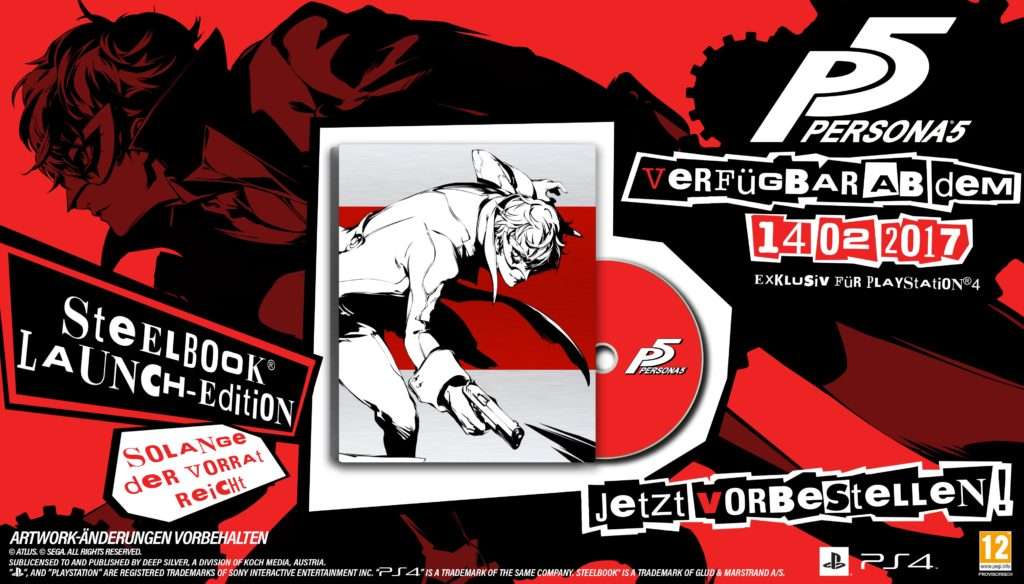 The game has gone up for pre-order on European Amazon pages and other retailers since the announcement.