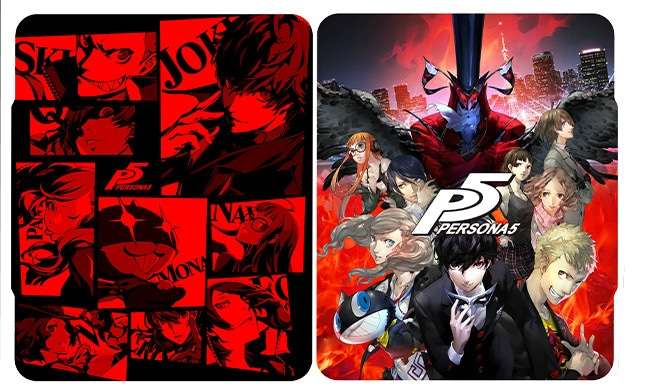 Following the announcement of the Persona 5 Famitsu DX Pack limited edition release of the game, the visual clear poster set of 4 (A3 size) included with it has been revealed.

Details on the Famitsu DX Pack can be found in the previous post, which includes:

The Atlus D Shop product page has been updated with pictures of the DLC included with the limited edition of the game in Japan.

The Persona 5 pre-order bonus at Japanese retailer GEO is a steel case.