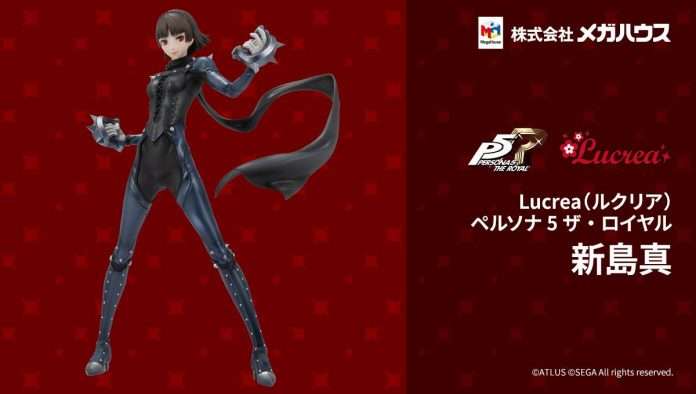 Featured in her Phantom Thief guise as Queen, the figure is a 1/7 scale, with a colored finish and a dedicated pedestal. The figure was originally announced at Mega Hobby Expo 2020 Online in October last year.

A 360 degree gallery for the figure can be viewed on the official Mega Hobby Expo website.