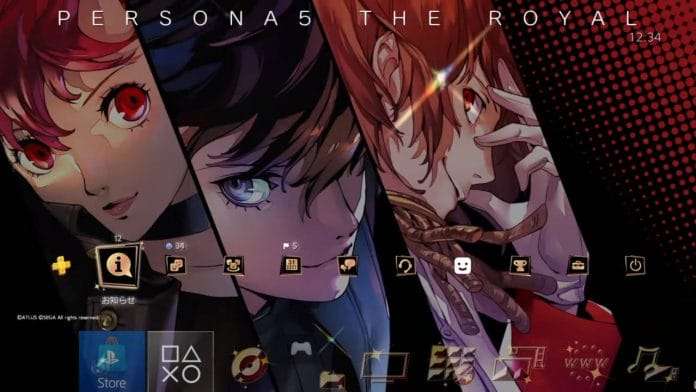 As announced earlier this month, the next issue of Persona Official Magazine, #2019 ROYAL, will be released on October 31, 2019. Dengeki PlayStation, the publisher for the magazine, has released a preview of what will be included in the Persona 5 Royal focused issue.

Releasing alongisde Persona 5 Royal on October 31st, the magazine will include the fastest and most in-depth strategy guide for P5R. A P5R original dynamic PS4 theme will also be included in the appendix. 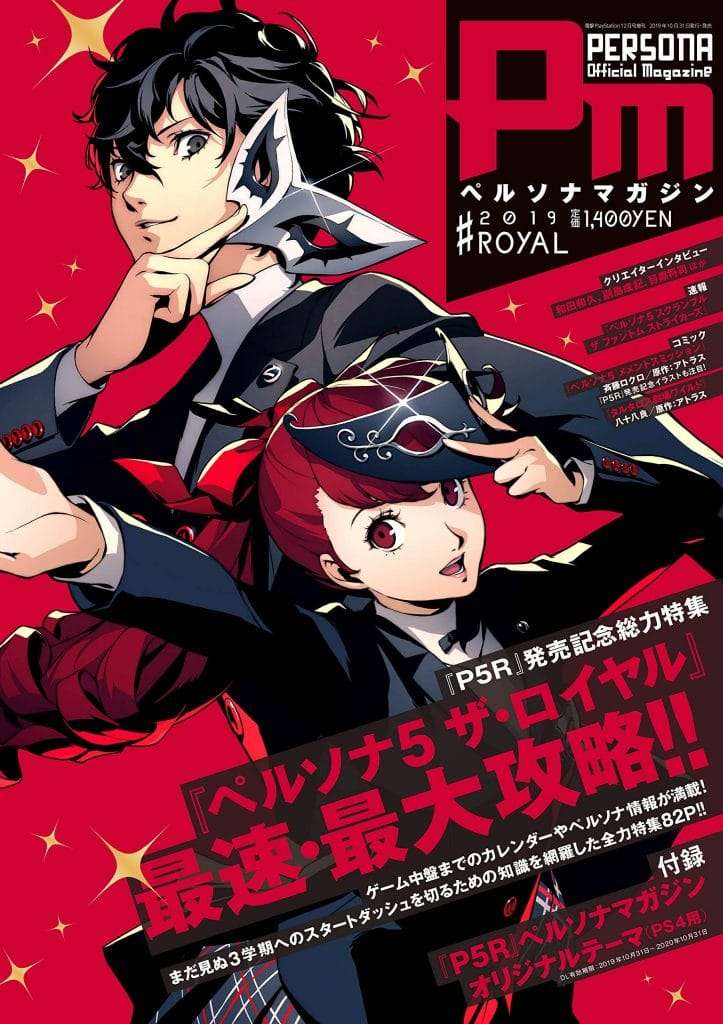 The song played with the theme is the main theme of P5R, “Colors Flying High.”

From the basic systems to the Kichijoji area, coverage of all of the game’s basic aspects you would want to know!

Persona 5 Royal has had significant optimizations and improvements from Persona 5. In order to determine the best way to start the game efficiently, this section of the magazine will make it easy to understand everything from the new elements such as the new Kichijoji location with its numerous facilities, to the Velvet Room which has become more elaborate with elements like the Fusion Alarm. 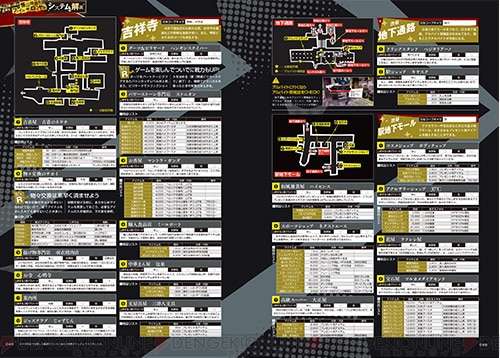 Completely overhauled persona data is also a must-see, both for those who have played the previous game and those who have started with Persona 5 Royal.

A calendar to spend fulfilling days, and a thorough look on Palaces full of new mechanics!

The Phantom Thief who is a student during the day and works as a Phantom Thief after school is very busy! A renewed calendar will be delivered, until August in-game, which you can use to not waste away your youthful days. 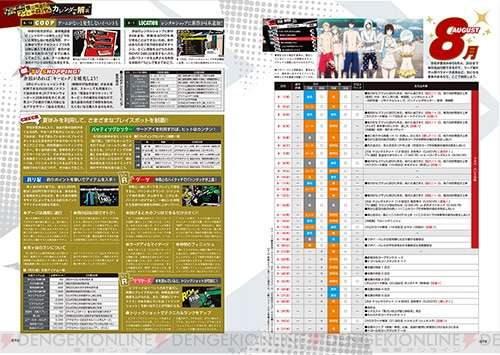 Many new mechanics have been added to Palaces, and it is easy to understand them using this chart. Additionally, the guide includes how to obtain the “Ishi” hidden around Palaces, which is a major new element. By reading this, you’ll understand how to deal with bosses, who have also been remade to be stronger.

Why is Persona 5 Royal “Royal”? Discover the story of its development!

How was Persona 5 Royal made? The editorial department interviews key people to find out:

Each of these people offer valuable stories which can only be read here, in a total of three interviews. 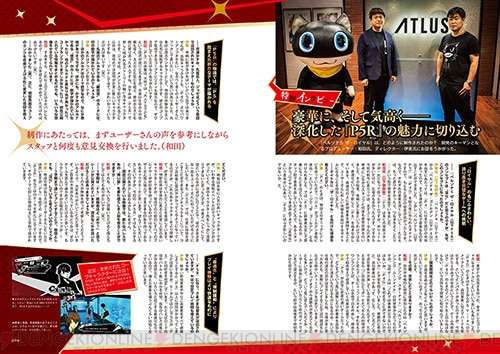 The appendix features a gorgeous dynamic theme for the PS4 featuring the illustration from the cover of Dengeki PlayStation Vol. 681. The background music included is “Colors Flying High,” and it features various dedicated icons.

Additionally, the sixth act of the currently in serialization “Persona 5: Mementos Mission” manga from Rokuro Saito will be reprinted, and there will also be special commemorative illustrations for the release of P5R. Of course, new “Tartarus Theater Wild” comics will also be included.

The previous issue of the magazine was “Persona Magazine #2018 DANCING!“, which was released on May 24, 2018. It featured Persona 5 the Animation, Persona 3: Dancing in Moonlight alongside Persona 5: Dancing in Starlight, as well as a highlight of Persona 4.