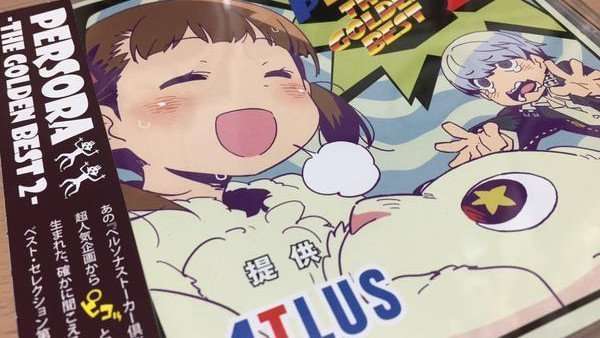 A commercial for the previously announced Persora: The Golden Best 2 concept album has been uploaded, featuring clips from the Persona Stalker Club talk show.

The second Persora concept album, like the first, is based on the popular “Persona Misheard Lyrics” segment of the Persona Stalker Club, which consists of the hosts Mafia Kajita and Tomomi Isomura—as well as guests—misinterpreting English lyrics from Persona songs. Clips from those segments are shown in the commercial.

The concept album, priced at 2,160 JPY (including taxes), has been released today (Amazon Japan link).