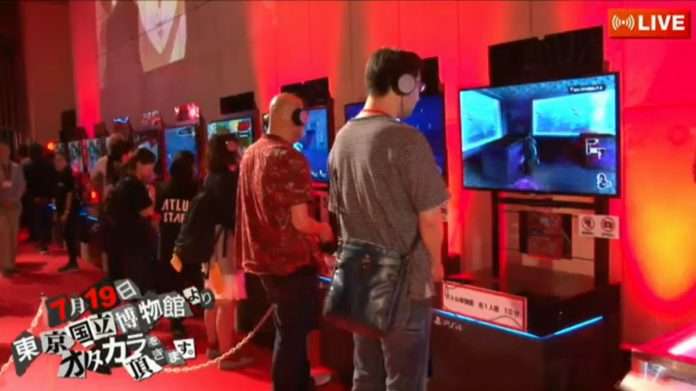 The Persona 5 “Take the Treasure” premium event at Tokyo National Museum is ongoing, and visitors at the location have taken pictures of the galleries there.

The user also talks about their positive impressions from the public demo they played at the event, with a combination of the game’s introduction and the battle system.

The protagonist’s mask shown off in a gallery, along with the recently announced Futaba Sakura headphones and a script of Persona 5 autographed by the game’s voice actors.

There were also cosplay outfits of the school uniforms from the game, previously seen from exhibitors at Tokyo Game Show 2015.