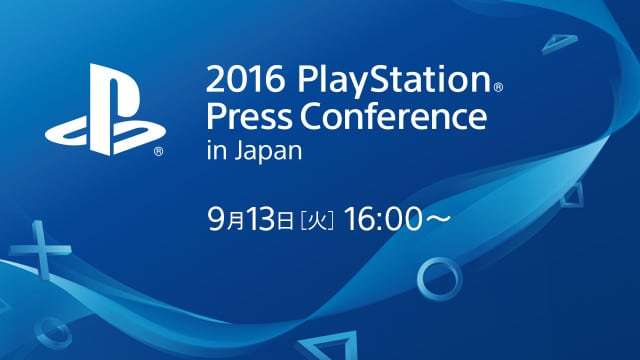 Sony Interactive Entertainment Japan Asia (SIEJA) has announced that they will be holding the “2016 PlayStation Press Conference in Japan” on September 13 (Tuesday) at 4:00 PM JST.

This is Sony’s yearly pre-Tokyo Game Show press conference, with a focus on the PlayStation business in Japan and sales strategy.

A live stream of the conference will be provided via YouTube, with a link shared closer to the event. Additionally, a planning program will begin an hour before the conference at 3:00 PM JST on Niconico, Fresh! by AbemaTV and LINE Live broadcasting services.

The SCEJA Press Conference 2015 took place on September 15, and you can watch the full presser below: