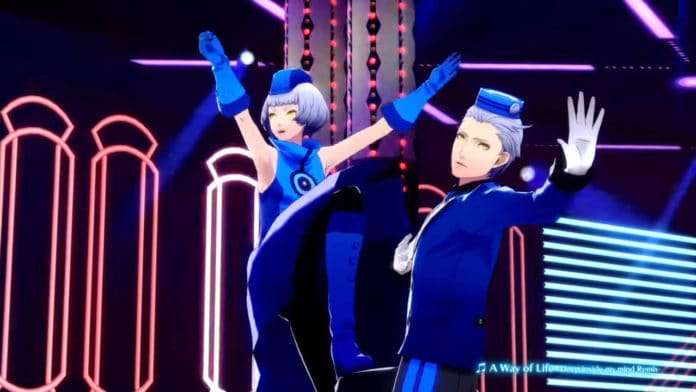 Theodore will be available as downloadable content for both of the upcoming spin-off rhythm games.

His song will be “A Way of Life -Deep Inside my mind Remix-“.

Additionally, the “Customization” section on the official websites for both P3D and P5D have been updated with the male cross-dressing outfits and wing accessories.

Atlus has released new screenshots for the male cross-dressing outfits and the wing accessories via Twitter.