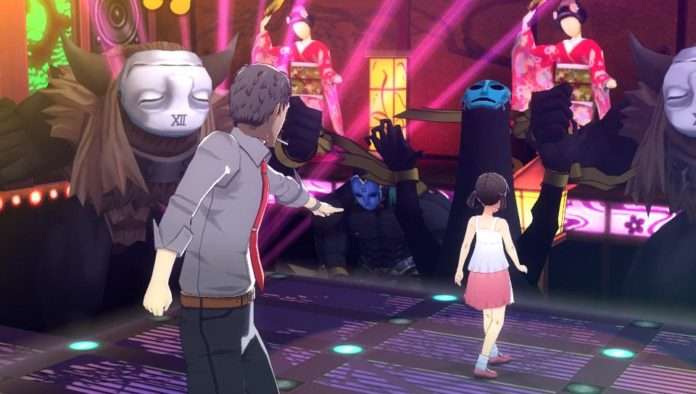 Practically all of the Japanese DLC is included in the North American list—including the anime series songs and all of the costumes—with the DLC character Hatsune Miku and her respective song being the notable current omission.

The Japanese DLC schedule for Persona 4: Dancing All Night can be found in a previous article. 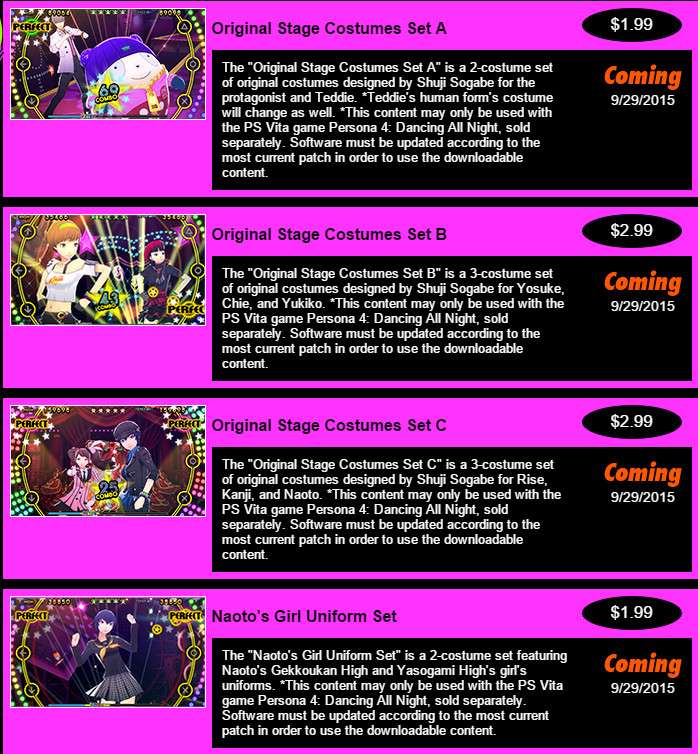 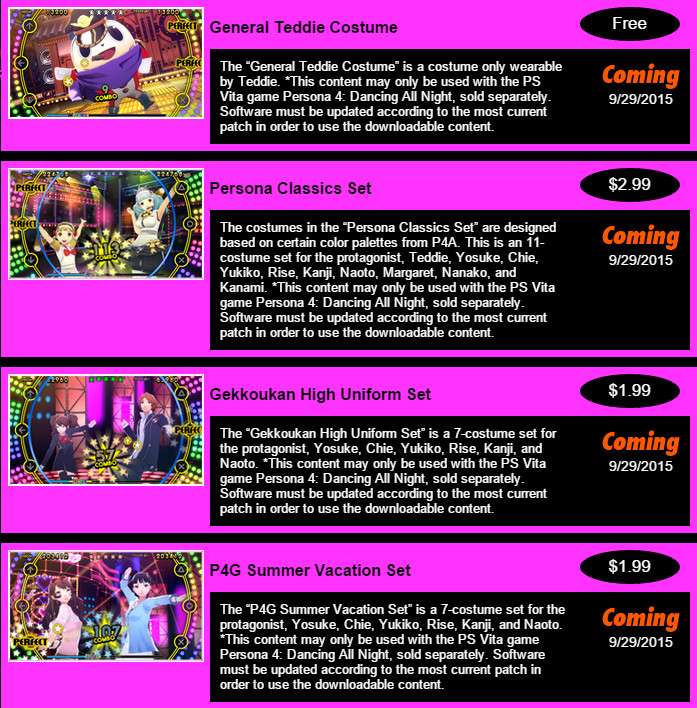 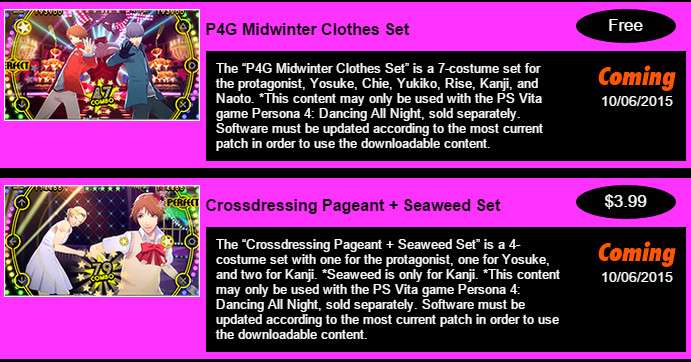 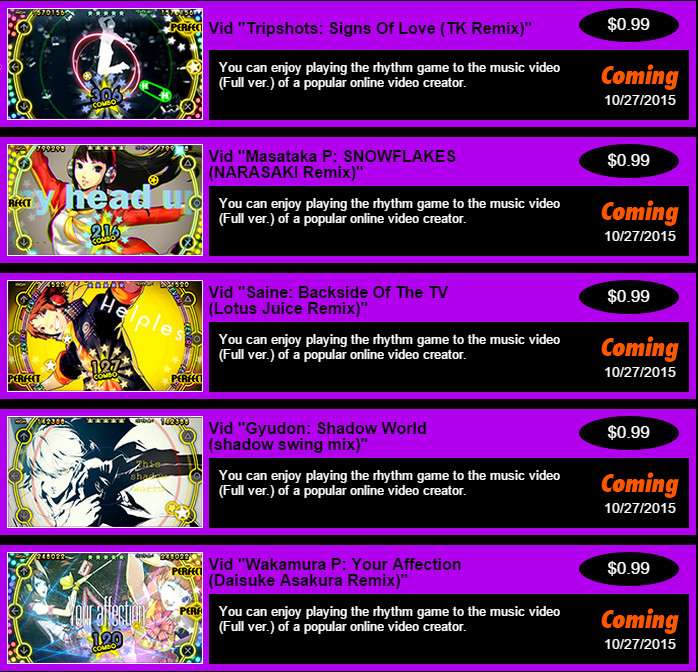 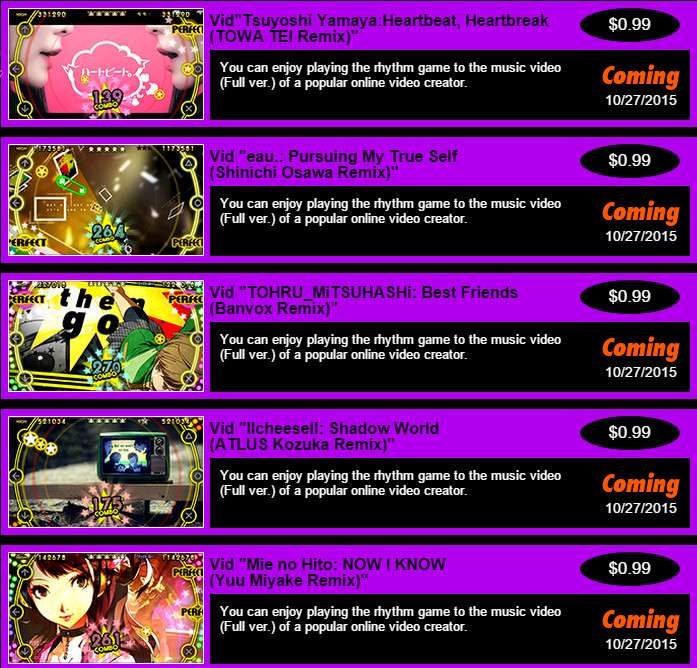 
Persona 4: Dancing All Night released in Japan on June 25. The PlayStation Vita exclusive rhythm game has been announced for a North American release on September 29 and a European release on November 6, 2015.