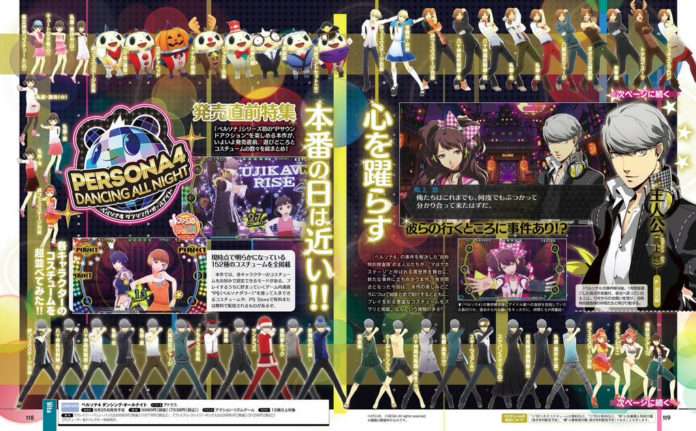 Yesterday, Famitsu teased that this week’s issue of the Japanese video game magazine would contain a feature for all of the currently revealed Persona 4: Dancing All Night alternate costumes, which amounts to 152. RPG Site has posted scans of Famitsu Magazine’s costume roundup. 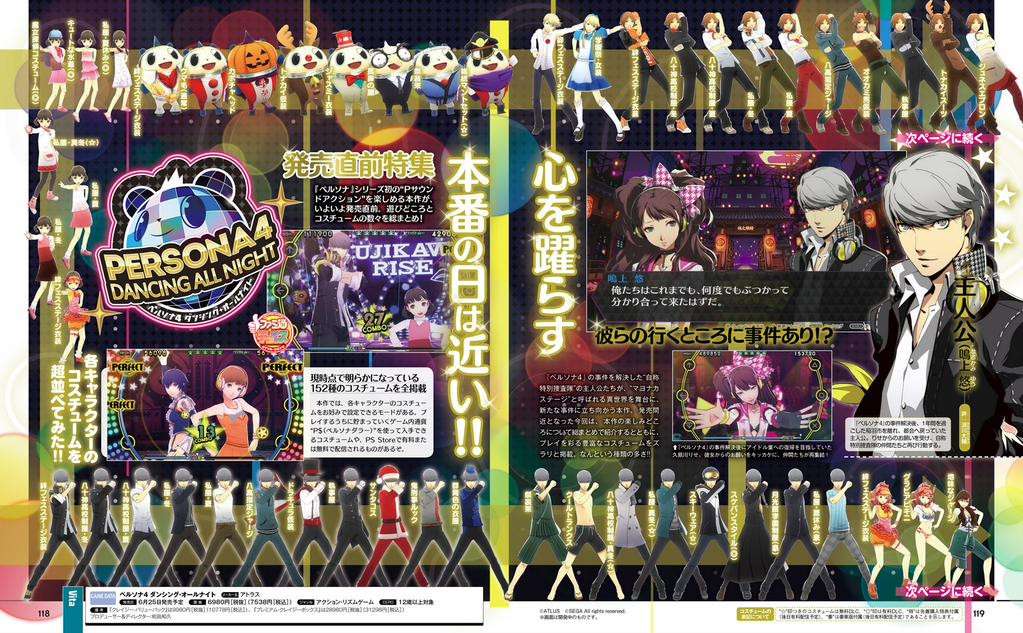 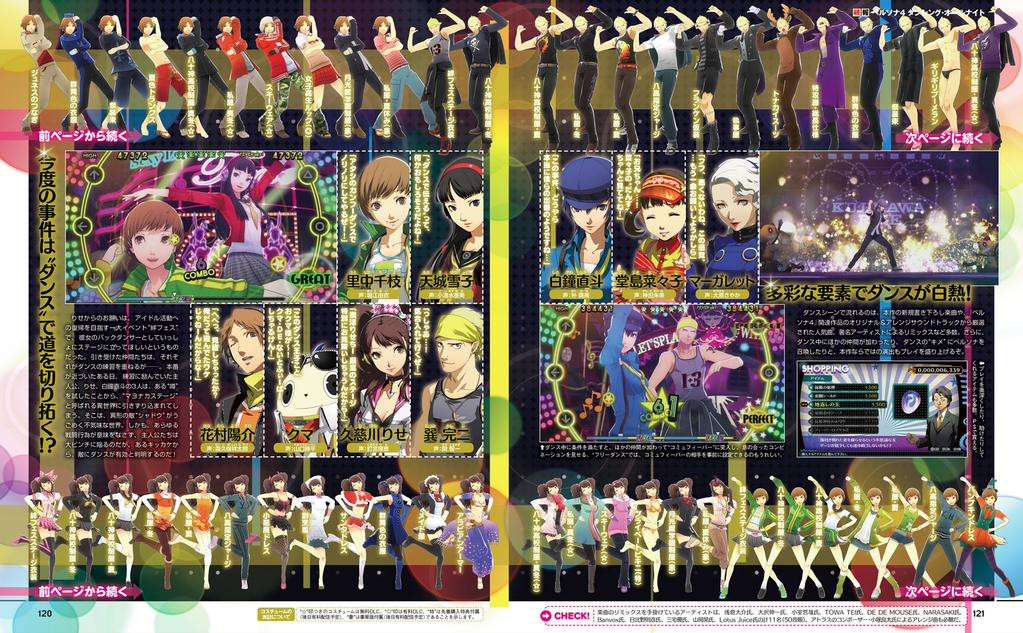 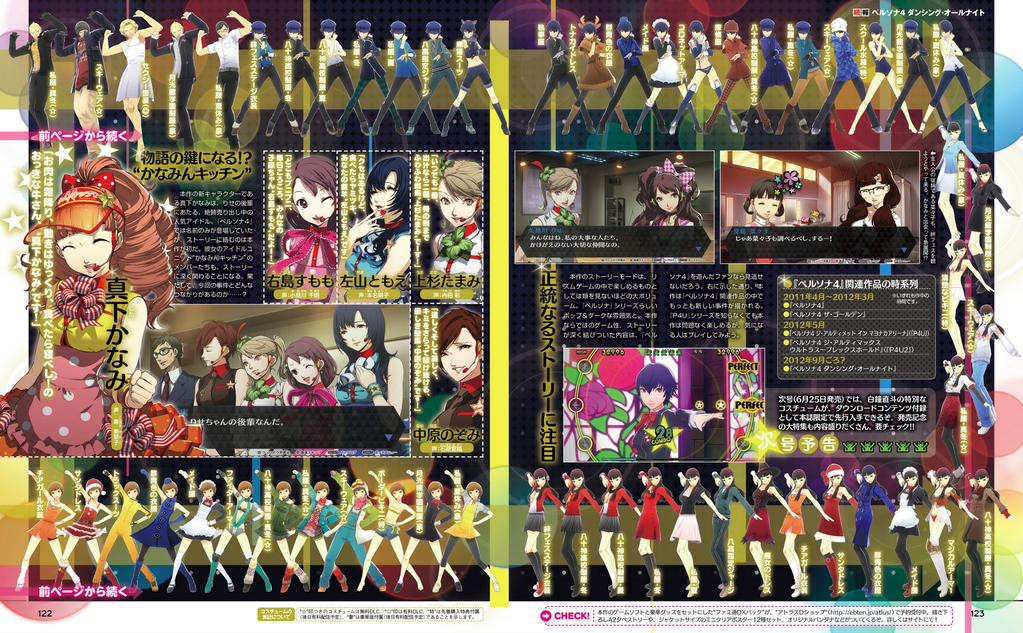 This Weekly Famitsu issue #1285 large roundup of the in-game costumes—both for free and DLC costumes—is not a totally complete list of Persona 4: Dancing All Night costumes. It does not feature Kanji Tatsumi in his seaweed outfit, and there are special DLC costumes included with the upcoming issue of Dengeki Maoh magazine and the Persona Magazine #2015 July issue which have not been revealed yet.

Larger versions of the scans have been uploaded on Tumblr, via estipse.