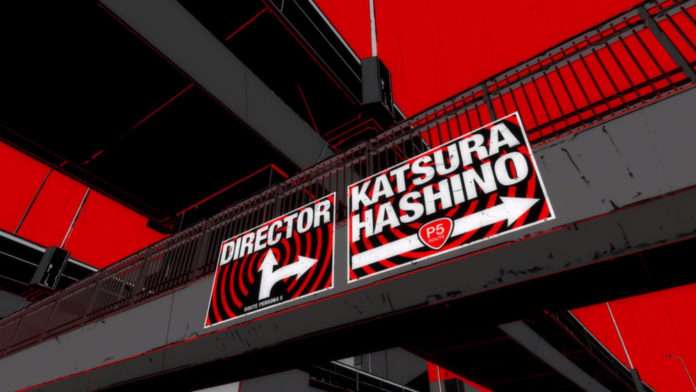 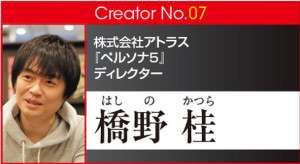 I believe we’ll be able to safely release the game we currently have in development.

Above all else, I hope players have a great experience with it.

When a lot of things are happening at once, the way to survive among the crowd is to firmly prove one’s worth, and I think this is necessary. Taking this into consideration, we must ensure players of our games think that they’re “undoubtedly worth it.” In 2016, my hope is for us to stand out, even a little, in the game industry. 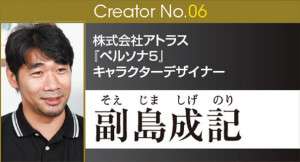 2016 is when “Persona 5” will finally be released. We have been continuing development and gradually advancing to the point where we hope to meet expectations! Additionally, I plan to provide illustrations across various media next year [2016], so please be receptive to them when they appear.

Although this opinion is common, the domestic consumer game market is but one among the various overseas studios, Japan has been working on a lot of social games, and I think the game industry will become more diverse. I want to have a part in many unique projects, and I hope to continue aiming forward with Atlus to create games full of originality! 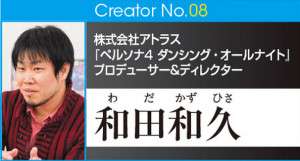 I cannot announce a game at this point, however the year 2016 is the 20th anniversary for the Persona series. Starting with Persona 5, this year will increasingly become one that represents “Persona.” With this being a year with many things in preparation, I want to continue reaching out and collecting feedback.*

It’s all about the consumer. Particularly when it comes to the progress of the niche Japanese market, if you look at the video game industry in its various forms, the potential for advancement is significant. I think the diversification of the business model will also be linked to smartphone apps, won’t it? My hope is for consumers to be treated properly.

*The original Japanese is ” アンテナを張ってイン プットを大事にしていきたいですね”, in reference to reaching out like an antenna, which is to mean reaching out for feedback. Thanks to Mystic of TRADUKO Soft for the clarification.

As announced previously, Persona 5 is slated to have a special anime TV broadcast, and there is a “Persona 20th Anniversary Project” planned to take place.