Max Factory has announced that they will be releasing a Persona 5 Royal branded figma for the uniform-wearing detective Goro Akechi.

This is a surprise figure announcement that was made at Anime Expo 2019, taking place from July 4 to July 7, 2019.

More information on the figure will be released at a later date. 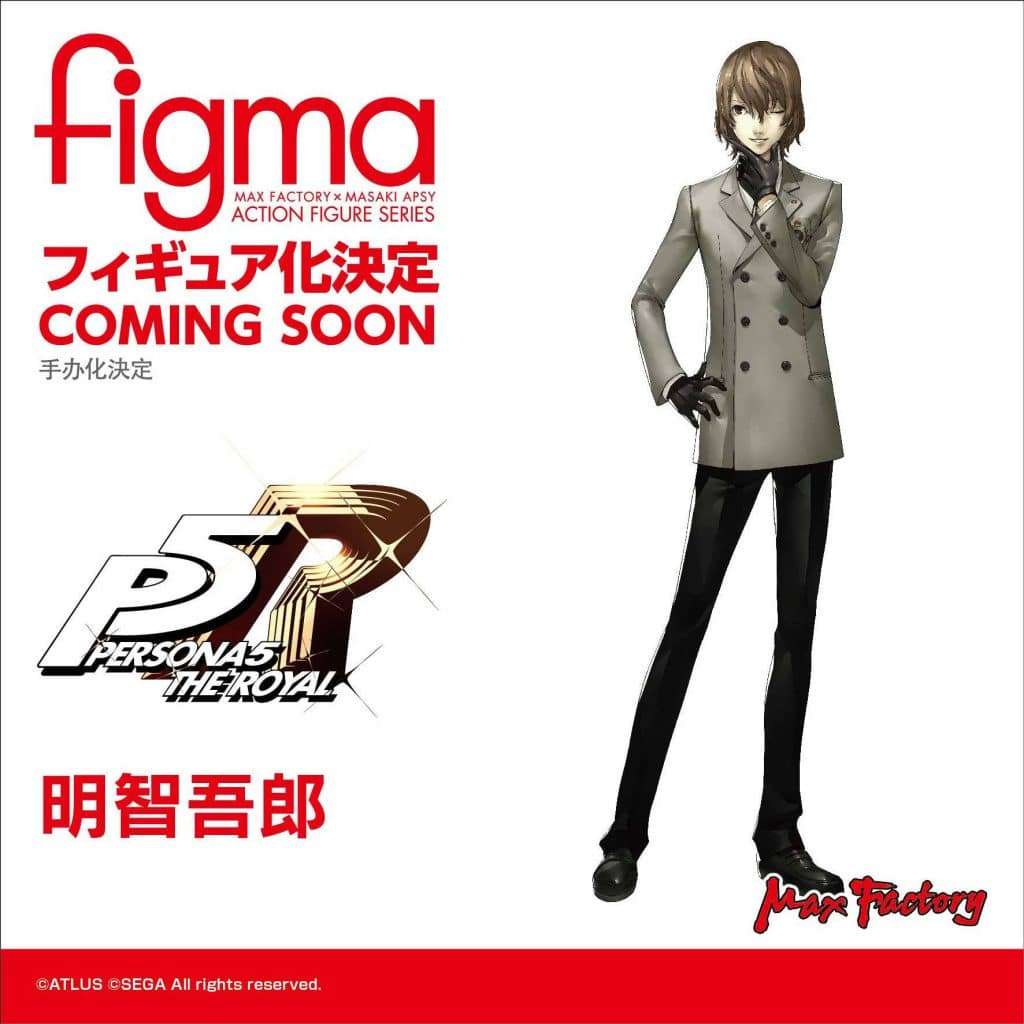 Max Factory had announced a Persona 5 the Animation branded figma of Crow at Wonder Festival 2019 Winter in February.

Persona 5 figmas planned for release in the future by Max Factory are of Queen, Noir, Oracle, Skull, Crow, and Futaba Sakura.