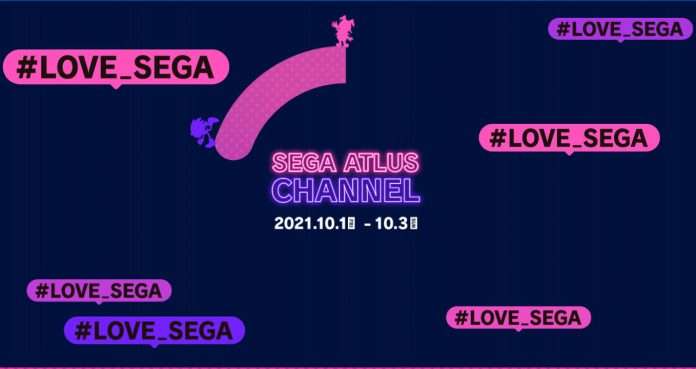 Tokyo Game Show 2021 Online will take place this year from September 30th to October 3rd, and Sega and Atlus have announced their involvement in the show with the “Sega Atlus Channel” beginning on October 1st.

As with last year’s TGS 2020. the “Sega Atlus Channel” will include live streamed events featuring the latest game information.

Sega has launched their special webpage for TGS 2021, with broadcast details to be announced at a later date. The full website will open on September 17, 2021.

A “#LOVE_SEGA” Twitter campaign has been announced, as well, inviting users to use the hashtag to show off their love for the company through merchandise or cosplay. Some of the entries will possibly be shown during the TGS 2021 live streams.

In terms of Atlus games to be shown off, it’s likely more of Shin Megami Tensei V will be featured during the show, with its release one month later on November 11th. Additionally, it’s possible that more details concerning the Persona series 25th anniversary projects, beginning in September, will be shown.